《King Arthur: Legend of the Sword》(神劍亞瑟王)  feels like the logical next step in Guy Ritchie’s career – after all, who better to direct a modern reimagining of King Arthur than British film royalty? Ritchie has spent years moulding rough and rugged England into whip-smart stories of sleazy charm, and Ancient Albion feels like home turf.

Ritchie has driven a bolt of trademark energy through King Arthur’s folklore, the murky grasslands and staunch stone castles fizzling with the director’s verve. This is mythological Britain filtered through modern-day cinematic technique – not to mention some truly exceptional VFX, delivered under the watchful eye of VFX Production Supervisor Gavin Round (sadly not of the round table).

Boasting a decade of experience in visual effects, Round has worked on numerous blockbusters, chalking up visual feasts such as Harry Potter and the Deathly Hallows and Edge of Tomorrow. He teamed with Ritchie on King Arthur to breathe new life into the classic tale of swords, sovereigns and sorcery, corralling the project’s global VFX teams around a singular vision with support from cineSync.

“I came onto King Arthur in 2014, working with VFX Producer Alex Bicknell and VFX Supervisor Nick Davis, who I’d worked with on Edge of Tomorrow,” he explains. “Thanks to that experience, we had an established, effective workflow in place for meeting with vendors, viewing material, and of course, using cineSync. In other words, we could hit the ground running on King Arthur.”

Vendors of the round table

cineSync was key to making King Arthur’s VFX a reality, given the nine separate vendors involved in the process. Framestore stood as the lead vendor, operating out of both its London and Montreal studios. Contributions also came in from MPC’s Montreal team, Method Studios in LA and Vancouver, Scanline in Vancouver, and many more, totaling nine different studios.

Round was in the thick of the battle on King Arthur from pre to post, helping to establish Ritchie’s new kingdom of myth and magic across all studios involved.

“My duties involved managing vendors, making sure the shots came in on time and that the vendors had everything they need,” recalls Round. “cineSync enabled us to review the material constantly, so we were always aware of the status of any given shot. We could see it in real-time to discuss with the vendors.”

cineSync played a large role in creation of King Arthur’s many mythical creatures, such as a nine-foot CG villain, whose creation was split between VFX vendors Framestore and MPC.

“It was a delicate process, as we had to maintain continuity between the two vendors, who were essentially building different parts of the same being,” explains Round. “We needed to constantly review and check the material back-to-back to ensure everything transitioned correctly, no matter which vendor it came from. This is the exact kind of situation where cineSync is so useful – it saves a lot on travel!”

cineSync was used almost every day in post on King Arthur, particularly towards the end of the project. “We relied on cineSync heavily during the backend of the post schedule, at which point we were ramping up and getting most of our shots through,” says Round. “We used cineSync with all the vendors involved – we knew we could rely on it.”

The sword and the cineSync

cineSync proved to be a powerful tool throughout the filmmaking process – and one that, unlike Excalibur, anyone could wield: the entire King Arthur production team fell in love with the simplicity of cineSync – in particular, VFX Supervisor Nick Davis, who would make sure every VFX shot was reviewed, analyzed, and improved by all vendors.

“He likes to do cineSync sessions because he can pull up a shot, make marks on it, draw on it and tell the artists exactly where he wants a creature to walk,” says Round. “We did it for the big shots and small shots alike – whatever we were working on, cineSync ensured that the sequence ended up looking much better on screen.”

For Round, King Arthur revolved around the power of cineSync, ensuring that every shot was delivered to the ultimate satisfaction of all involved: “cineSync was completely intertwined in our day-to-day workflow. It was a brilliant overall tool and made my life much simpler.” 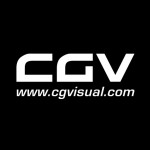 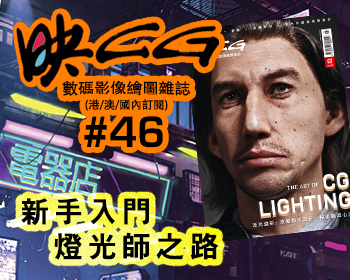